A Little Something Extra To Go With Murthered Episode 2, Murder Ends The Affair: The Hall-Mills Case 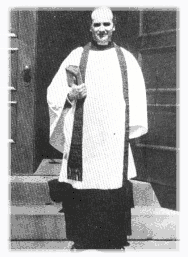 Ever since I was a teenager, for some macabre reason, I have enjoyed reading and watching anything true crime. Over the years, as I absorbed the admonition to "make a living doing what you are passionate about," I thought about how I might involve true crime reporting in such a venture. How could I make a living writing about such a topic? I still may not have the answer, because I am not making a living by covering true crime . . . yet. When the idea for Most Foully Murthered first struck me, it presented itself as an added value package. The concept went something like this: Create a podcast about the historical crimes I like to research, then write a line of ficfaction books to compliment the episodes I feature. So it began. Nine episodes into my podcast, my first ficfaction book, based on the Hall-Mills murders, is about 50,000 words into being. Last night, I sat down to do some fresh digging into the newspaper archives, and I came across a little gleaming gem of a tidbit on the first page of the New Brunswick Daily Times, for 18 June, 1909. The headline reads: Rev. E. W. Hall Welcomed. Of course, if you are a Most Foully Murthered fan, you may recall from Episode 2 that the Reverend Edward Wheeler Hall took his position at St. John the Evangelist Episcopal Church in New Brunswick, New Jersey in 1909. This announcement then, is the archival record of his first coming to take up his duties there. At the welcome party, parishioners enjoyed cake and ice cream in the Guild Room of the church and heard Mr. John Carpender's welcome speech to their new minister. They also heard a selection of songs performed by the church choir. Mrs. Eleanor Mills, of course, was a very committed member of the choir since well before this evening, so it does not take much stretch of the imagination to envision her peering mischievously over her songbook at the new minister. Is this the first night they met? Perhaps in the novel I am writing about the true-life events, it will be.